How Direct Is a Direct Ad Network? 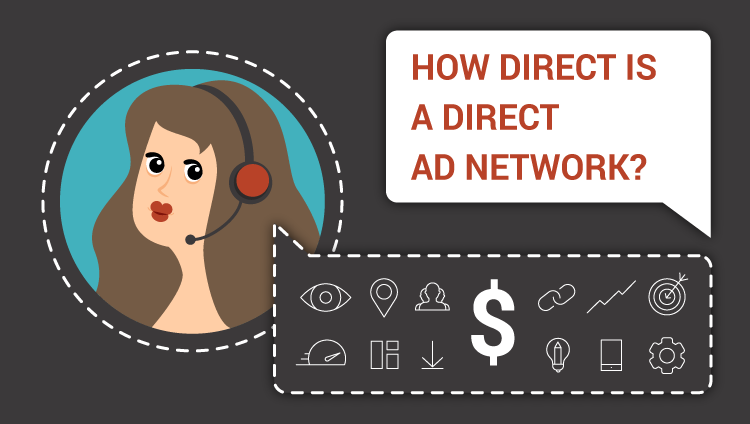 Direct ad networks are the most direct way for advertisers and publishers to work together.

Imagine that you’re a publisher running a website which reports on all of the latest trends in warehouse safety in the UK. Lest you’re reading this and you don’t believe that such a niche publication exists, it does.

You could contact the handful of brands relevant to your exact industry which you know about to see if they are interested in advertising, but what happens if they say no? You’re back to square one and the “direct” approach begins to feel a lot less direct.

Rather, it’s a process of trial and error. What’s more, if one advertiser drops out after working with you for a couple weeks or months, you’re once again back to square one. By building every single contact individually, there’s no way of guaranteeing a steady stream of income.

After contacting the handful of publishers which meet their criteria, they need to wait for a yes or a no from them regarding advertising. If they agree, they can then place an ad. If not, they start again.

Of course, if the brand releases a new product or service which it wants to aim at a new audience or if the publisher backs out, they also have to start again. It’s a constant process of updating their image and chasing down opportunities. For a lot of businesses, this isn’t worth the effort — and this is where direct ad networks come in.

With total spend on direct ad networks set to increase by 10% by 2020, it’s clear that brands trust them. They should, especially when customers from direct ad network links account for 16% of US eCommerce sales.

It might seem counterintuitive, but approaching a third party makes the whole process much more direct, because it means that both advertisers and publishers can go to the same place. Rather than having to find each other, advertisers and publishers can sign up to a network where algorithms use huge amounts of data from both parties to match the best ads with the best websites.

It’s also a system which allows for change. The constant stream of live-bidding for ads means that — if one publisher or advertiser drops out — the system keeps running. Advertisers and publishers don’t need to put all of their eggs in one basket and they don’t need to do the grunt work themselves.