How to avoid clicks made by accident? 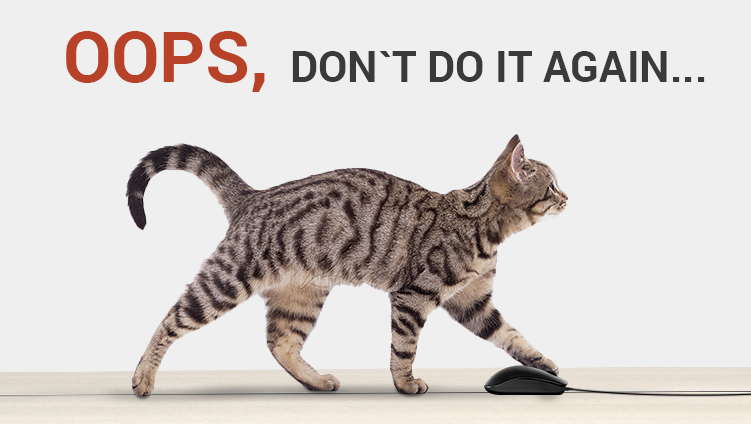 This is a message to everyone who is paying for ads with a lot of clicks, but still experiencing sales going down the tubes. Have you ever thought if your ads are reaching your audience? Advertisers believe their ad campaigns are really working because the number of clicks is increasing, but the truth is that more than fifty percent of these clicks are made by accident.

Even though most advertisers may not know or understand what is happening, Google does and has taken a few steps to correct this problem. Being an honest company who wants its clients to receive what they deserve, Google has added a few features that will help their advertisers get real numbers.

Clicks on the edge of an image

Google has zeroed in on the fact that many accidents occur when the user is trying to navigate or scroll to the next content of a web page and then accidentally clicks on the edge of the picture. The change Google has applied is that in order to open the ad and look at it, you must now click in the middle of the picture or image. This will make it more difficult to open the ad accidentally.

Some accidental clicks happen because of randomly located hidden click buttons. Google has fixed this issue by adding a time factor: now, an ad cannot be opened until it has been on the screen for a specific amount of time (only Google knows how long, and why the amount of time is important).

With this feature, the ads will still appear, but you will have the time to see what it is all about and decide if you are interested in looking at it or not.

How to prevent mobile ad accidents

Accidental clicking is even worse when you are using a mobile device. In a survey, 60% of users said that they had clicked a banner or an ad accidentally several times while on the mobile phone. 16% said they clicked on the banner because the company was interesting or attractive, and 13% said the ad looked good or promising.

Google has been working on accidental mobile clicks for four years, and these are some of the things they have come up with:

Accident clicks influence the quality of the traffic. At Adsterra we strive to provide high quality traffic by the means of ad safety and effective secure systems. All campaigns are tested manually by our quality control team, as well as automatically by our partner GeoEdge (ad verification and transparency solutions provider) to filter and reject bot traffic, click farms, malware, and viruses to ensure brand safety.

Sign up to start your first campaign with Adsterra and check the quality of our traffic and effectiveness of advertising strategies by yourself!

Retargeting: What Is It and How to Use It

Ad formats: how to choose the most suitable?

What is eCPM for Publishers? A Five-Minute Guide...

How Adsterra Works | A Product Tour for...

How to Become a Successful Entrepreneur: Tips and...