As you know, we asked our partners to share their successful cases in one of the previous blogposts. Here’s one of such cases, created by @togUitin, who has already received his $200 reward along with the mere pleasure of sharing an experience with the community.

Disclaimer: This case study is provided by one of our partners. All views expressed are those of the author and do not necessarily reflect the official policy or position of Adsterra

So, as you all probably know, popunder is a very mixed traffic, which is might be of poor quality, it is filtered through pre-lands and etc. In our case, we worked with dating, with a relatively simple registration, which we filter from random users through an attractive pre-land. So we can get more targeted traffic that can satisfy the wishes of the advertiser.  We had Italy, Spain and Russia geos.

Here’s a screen of the final landing page:

My task was to create a campaign for three geos at once, divided into three landings and with different settings for each. First of all, I contacted my personal manager at Adsterra and asked for help with creating the campaign. I was offered the option to use Adsterra pre-lands. I’ve chosen the opportunity to work with mobile phones, as desktop datings went pretty badly (according to the advice of the manager).

I decided to launch one campaign in three countries at once. So as not to waste much time and not overthink, I postponed all corrections for further optimization.

With pre-lands everything was quite complicated. I had two options: to take those that are used by other people or try to find something unique. Actually, I paid Adplexity, from there I took my pre-lands, rented a server, changed the URL, and install my pre-lands on the landing page. I must say as that’s the mainstream offer, there are only the softest creatives solutions.

Statistically, it turned out that pre-lands with installed alerts are better converted. So, sounds are a noticeable plus. Therefore, we used it.

My first mistake was the incorrect implementation of the campaign. I decided to put all the traffic in the three countries at the same time. As a result, everything mushed together, and this prevented me from getting quality traffic. I decided to ask the manager for help with a request to divide the campaign into three separate landings with individual settings in each. I divided it into three geos, with three different languages + added English in each country just in case (anyway, an international language). I decided to leave both iOS and Android traffic in each campaign.

I like to create campaigns at a minimum rate. I do not want to spend extra money because usually everything is turned out quite well. During the checking of the interim result (several days after starting the campaign), I decided to increase the rate. Initially, I worked for $0,3 but then increased to $0,5. When the rate increases, we automatically shift the remaining popunders, which are in rotation with us. This allows us to be the first and win the first impression to the user.

My favorite stage of the campaign is setting the placement blacklist. I’ll say right away that on popunders campaigns you can and even should set the blacklists. The more carefully and frequently you are “blacklisting” – the cleaner the traffic will be. I’ve blacklisted about 150 places before the campaign began to show excellent results. Check the statistics on those places that are badly converted, cut them off, and your campaign will work as you need. Follow this rule, and no sites will waste your money! Besides, there is such a thing as LP CTR. Thanks to this concept, we can track the portrait of the target user on the landing page. Depending on the LP CTR, you can track bots and cut off the places they populate almost instantly. This will allow you to get better traffic and subsequently lose less money.

As a result, we have: languages ​​- Italian, Spanish, Russian and English (note that each landing has its own language, do not confuse everything; otherwise, you will target Italians in Russia). Targeting to mobile devices, all OS. The rate after optimization, and after the manager’s advice was $ 0,5, such a rate was more than suitable in comparison with the recommended one. Initially, I wanted to work with a rate of $ 0,3, but the manager advised me to raise a little for the best result. 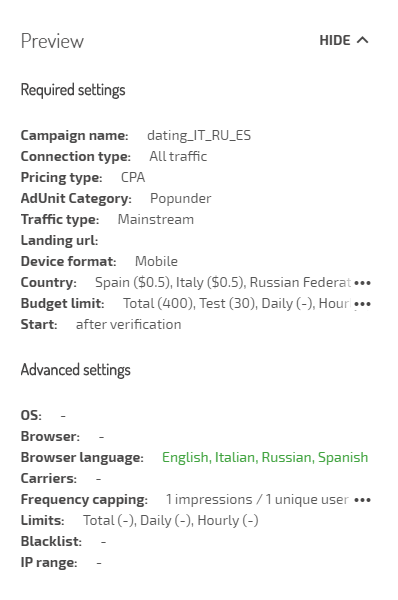 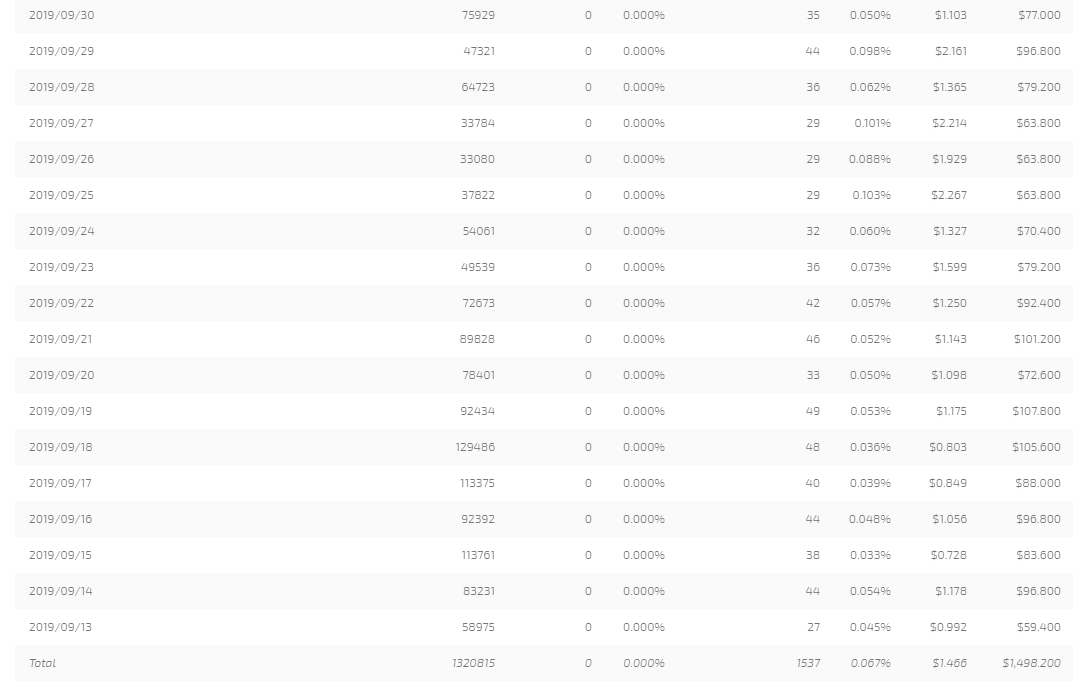 Although this was my first experience with popunder traffic on Adsterra, the campaign turned out to be profitable. Many actions were taken to achieve the expected result; these actions lead to success. The most important things are: clear targets, consult with the manager, get tips, and do not forget to blacklist non-converting placements. Blacklisting is extremely important to achieve a positive result.

Thank you all, I was excited to share and participate!

Dive into the next impressive case study of running a Dating offer on Popunder traffic with $343.2 pure revenue. Or, get started with the Adsterra Traffic Wishlist for popunder offers and make your own case with similar or better ROI 😉

Do you have a case study you want to share? Let us know and get $200 if it meets our criteria! Details in “GET $200 FOR YOUR SUCCESS STORY” blogpost

Offers to launch in May